What is Suspend Fishing 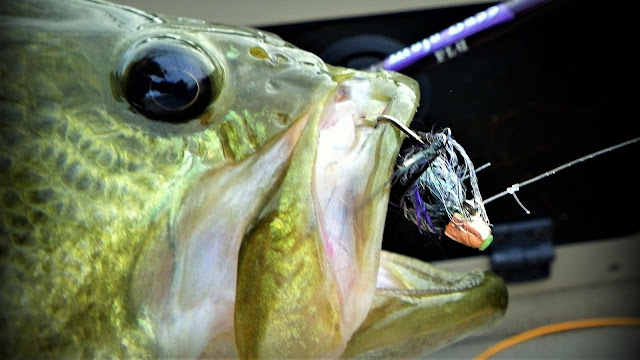 I will attempt when writing this article to cut out all fluff and get right to the point of "What is Suspend Fishing". This article is only meant to define the term and be a precursor to a future article of Float and Fly - Closely Guarded Secrets.

Back in time on one occasion while driving home from the lake with my mind deep in thought about my fishing experience, a light bulb idea illuminated. I quickly grabbed my phone and sent myself an email with only a subject line of "What is Suspend Fishing". As I will soon give examples of this term you will quickly recognize one or many applications and in this I hope to expose the reality that this area of techniques is largely unexplored as well as unexplained.

Any angler more than likely has performed suspend fishing of some type. If your grandfather kicked off your fishing passion early in your life he probably hooked a live worm and suspended it from a bobber. This is the most basic form of all suspend fishing. If you're a trout angler you may have used indicators (yes they are bobbers too) to drift (suspend) nymph rigs. Often times this techniques finds its way into steelhead fishing. Maybe you have drifted jigs under a float, again a type of suspend fishing. The popular style of lure called a jerkbait originating from the Rapala Husky Jerk is famous for bringing to forefront the concept of suspend fishing. While not the first suspending lure, the Husky Jerk was the first realistic minnow style of its kind and its effectiveness of suspension was soon realized and since has spawned hundreds of different variations from many brands all incorporating suspending qualities.

I would find it hard to believe anyone reading this article could not find a way to relate to suspend fishing with one of these examples.

Take note that suspend fishing also reaches across the boundaries between fly and conventional gear anglers. Whether you want to call it nymphing, float fishing, hopper dropper, bobbers, indicators, whatever...It all relies on the tactic of suspension.

If you stick with the sport of fishing long enough most of us abandon the use of this technique. It's pretty much assumed that fishing worms under a bobber is child's play and no respecting angler continues to use this method. While trout nymph indicator can be taken to an expert level of fishing most life long trout anglers I know wish to take on a more challenging approach that usually yields less fish but more memories. Bigger challenges equals more appreciation for the fish you do catch. Many steelhead and salmon anglers still employ nymph or float techniques but these tactics have come under attack in recent times largely due to its effectiveness on over pressured fisheries. The environmentalist claim is the nympher just won't stop until the last fish is caught. Of the last example the bass angler has probably held more closely to suspend fishing than anyone and ironically they are not employing any type of bobber to perform the technique. The lure itself can be tuned to suspend. In the case of flies finding any that are neutral buoyant on a commercial level is mostly non existent. Suspension is not easily accomplished in fly tying although I know a fly tyer or two that have mastered this knowledge.

Why is it so effective

To understand the effectiveness of suspend fishing the angler must first understand the state of which the fish are in. You probably have heard of the 3 common states being Active, Neutral and Negative.
While suspend fishing can be an effective tool when fish are active where it really gets interesting is when it becomes effective when fish are neutral or negative. Yes, even negative fish can be caught if approached with a convincing presentation.

Since a cognitive answer from directly asking a fish why they would consider striking a suspended fishing technique when in a neutral or even negative state is not a possibility, one must resort to making some educated guesses.

How to proceed forward

I don't wish to go back to fishing worms or any of the other common suspending techniques mentioned above. It's easy to understand that the effectiveness of worms is the wiggle and scent, effectiveness of nymphs is they represent actual food that also can be found drifting freely in the current, and while conventional gear jerk bait fishing can be way fun at times I currently have more passion to pursue the challenges of fly angling.

But I ask, have we abandoned the suspend fishing techniques too soon without fully understanding its effectiveness and exploring its many more opportunities beyond our current uses?

I wouldn't be writing this article if I didn't already have further knowledge of suspend fishing. What point would I be making if I only explain my definition of suspend fishing. I don't feel anything scientific about why a bluegill eats a suspended wiggling worm so there has to be more to this than what is contained in this article.

I said in my opening statement that this article is just a precursor to a future article, Float and Fly - Closely Guarded Secrets. In this future article I wish to explore float / fly techniques and the intricacies about it that I have learned and kept secret in a decade of experimentation. I've long hesitated to publicize any of my closely guarded knowledge in this given area. In this decade of research and exposing my knowledge to a few select individuals I have come to realize that no matter how convincing the knowledge is, many or even most, just won't take advantage of the opportunity. I blame our fishing industry for creating an image of watching a bobber is just too elementary and doing so would be giving up respect and a sense of pride. Too bad because in reality we've abandoned an effective method of presentation that is near impossible to deliver by any other technique.
The Tormented Angler